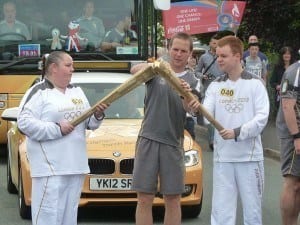 Tickets prices are being elevated in “hospitality packages”

Ticket sales for the 2012 Olympics are lower than originally projected despite Lord Sebastian Coe’s predications that there would be “no empty seats” at this year’s game. Now Olympic veterans’ predictions are coming back to haunt them as rows of empty seats are visible, especially those in the premium front-row positions.

Empty seats are not uncommon for Olympic Games, but they do not mesh with Lord Coe’s plans to fill every seat for the 2012 Olympics. Still, some of these seats may look unused, but they are actually reserved for the families of 2012 Olympics athletes and officials, who may have chose not to show up to the events for whatever reason.

Another motive may be floating around for the cause of the empty seats at the 2012 Olympic. Sources have told The Daily Telegraph that many of the ticket agencies are holding on to as many as 50,000 tickets to the games so they can eventually cash them in as part of last-minute hospitality packages – with elevated prices.

Still, the 2012 Olympics team is not giving up completely on ticket sales. The Games’ organizer is hoping to buy back up to 70,000 cheaper tickets from ticket agencies because these agencies feel returning tickets is too costly and time-consuming to be worth it for them in the long haul. Of the 8.8 million tickets for the 2012 Olympics, around 1.2 million go to the national Olympic committees of foreign countries.

Under IOC rules, tickets for the 2012 Olympic Games cannot be sold for more than face value, so they are then sold as part of a hospitality package, including packages for hotel accommodations. This allows ticket agencies to inflate prices and essentially charge whatever the wish for the packages. Only time will tell as to whether the seats for the 2012 Olympics will be sold.