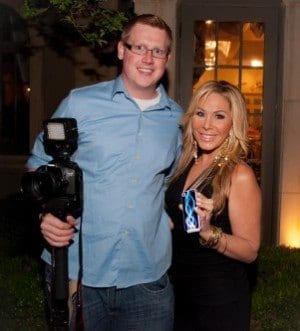 The “Real Housewives” separation between Adrienne Maloof and Dr. Nassif could become divorce

Adrienne Maloof of The Real Housewives of Beverly Hills will fight husband of 10 years, Dr. Paul Nassif, for full custody of their children during The Real Housewives seperation. Nassif filed papers to separate from Maloof Monday, according to Examiner.

A source said of the Real Housewives separating said, “Adrienne is going to fight Paul for full [legal] custody of the kids. She wants primary physical custody. She says she is the parent who is with the kids the most, and she will do everything she can to keep them. She believes this is what is best for them.”

The Real Housewives’ separating couple met during Adrienne Maloof’s plastic surgery consultations and now have three children together, their names Christian, Colin and Gavin. Nassif was the doctor who restructured Maloof’s nose and who fills her lips.

Examiner also reported its prediction of a divorce between Adrienne Maloof and Nassif soon to come. But the “Real Housewives” separation could just be an effort to test the waters apart.

Maloof is not alone in the split as many Real Housewives have gone through the same thing Real Housewives separations. According to Examiner, Camille and Kelsey Grammer divorced, as well as Taylor Armstrong and the late Russell Armstrong.