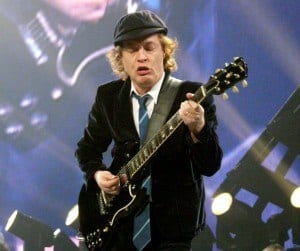 During the two-hour long set, AC/DC performed 20 songs and was their first concert in six years.

The set list covered most of the band’s memorable songs with a career-spanning list of fan favorites (“The Jack”) among new songs from their latest album, Rock or Bust. Accommodating their long yet remarkable set was stage props such as a batter of cannons during their closing song, “For Those About to Rock (We Salute You)” that added to their already stellar performance.

During their performance of “Let There Be Rock,” Angus Young was escorted out to the middle of the crowd where he played guitar on top of a hydraulic lift showcasing his signature moves during a guitar solo.