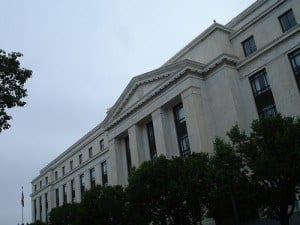 A government shutdown will most likely be happening at midnight tonight. No, this is not a super late April Fool’s joke or another Jimmy Kimmel prank. Republicans and democrats are like two kids fighting over a piggy bank and if they can’t come to an agreement, then essentially everyone gets a timeout. The Senate is expected to meet today at 2 p.m. and will try to come to an agreement on the government’s spending bill.

Over the weekend the House of Representatives met over decisions regarding a proposed spending bill, the bill got held up when Republicans in the House claimed that the bill included anti-Obamacare amendments, something the Senate democrats insists doesn’t exist. The Republicans in the House of Representatives are so opposed to President Obama’s healthcare plan, cleverly titled Obamacare, that they are willing to risk a government shutdown.

The halt to government operations will be felt more by some than others. Federal air traffic controllers will still continue their jobs. Visa and passport processing will still continue as well as the normal operations concerning the embassies and consulates overseas. While Social Security and Medicare benefits will also continue to come in, disability applications could have a longer processing period, possibly being delayed until the shutdown is over.

All national parks would close down if a government shutdown happens at midnight. Campers and other overnight visitors in any of the national parks will have 48 hours to leave and visitor centers in national landmarks all over the United States, including the Statue of Liberty will be closed. The military could also feel the impact with the 1.4 million active duty members having their paychecks delayed.

A possible government shutdown will indefinitely have a detrimental impact on the economy. Financial markets will get turned upside down with the unemployment rising higher than ever. On October 17 the US Treasury is presumed to ask investors for $120 billion in loans. Given our current economic state, it is a possibility that investors will be wary of loaning this money, which would cause them to raise interest rates on the loans.

This will affect most citizens, considering it will cause the interest on mortgages, auto loans, school loans and credit card bills to also rise. Businesses will also be affected, since all health inspections will cease to happen with health inspectors only being called if the business is a high-risk case.

The House of Representatives tried to prevent this last minute decision from happening by placing calls to the Senate and encouraging them not to delay the meeting to today. In a statement issued on Sunday, House Speaker John Boehner said “[The House] worked late into the night Saturday to prevent a government shutdown, and the Senate now, must move quickly to do the same, if the Senate stalls until Monday afternoon instead of working today, it would be an act of breathtaking arrogance by the Senate Democratic leadership.”

It looks like if the government doesn’t come to a consensus by midnight, we could all be feeling the collective punch that a government shutdown will throw at us.