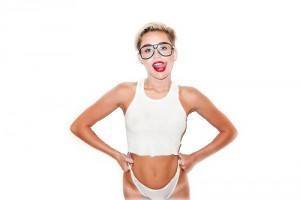 In a shocking move, Miley unfollows her fiance Liam Hemsworth on Twitter.

On Sept. 14th Miley Cyrus made waves by unfollowing her fiancé Liam Hemsworth on Twitter. This bold move facilitated by social media could only mean tragedy for the young couple who were engaged to be married. A source close to the pop star told Hollywood Life, “She unfollowed him to send him a message that she is serious about being done this time.” Obviously, everyone knows that Twitter means business.

Rumors have been flying that Hemsworth, a renowned hunk and general dream-boat, is guilty of cheating on his twerking wife-to-be. Hemsworth was reportedly seen canoodling with Mad Men actress January Jones at a pre-Oscar party. He has been accused of sexting the actress as well. Women everywhere hold their breath in anticipation of photos leaking in what could be the most celebrated sexting scandal to date.

The romance between Cyrus and Hemsworth began in 2009 on the set of The Last Song based on a novel of the same name by author Nicholas Sparks. The split has come as a great shock and disappointment to preteen girls and middle-aged women across the globe. This Hollywood break-up is considered specifically tragic by fans, given the couples’ fairy tale beginning.

However, sometimes breaking it off with a grade-A heart-throb is easier tweeted than done. The couple has reportedly been on and off for some time now, modeling almost every romance between twenty-year-olds ever. A source commented, “Every time they fight Miley tells everyone that she’s done for good and then she takes him back.” Will Miley and Liam work things out or will the relationship be relegated to “wrecking ball” status? This has yet to be seen.

Meanwhile, Hemsworth still follows ex-fiance Miley Cyrus on Twitter in what could be interpreted as the desperate attempt of a heart-broken man to win back his twerking pop-princess.