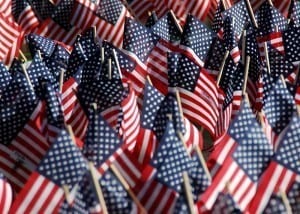 The Fray gets slammed for their rendition of The Star-Spangled Banner Monday night, but was it really that bad?

The Fray performed the national anthem to the beat of their own drum… and tambourine, on Monday.

The Fray performed The Star-Spangled Banner at Monday night’s NCAA men’s basketball championship between the Kansas Jayhawks and the Kentucky Wildcats.

The Fray performed with two acoustic guitars, a drum, and a tambourine while lead singer Issac Slade did the vocals. The performance was not “dreadful” as the Houston Chronicle called it. It was decidedly not to the tune of The Star-Spangled Banner, and it was, as the Washington Post called it, “a little weird.”

When the guitar intro starts you’re not sure if you heard correctly. Didn’t they announce The Fray would play the national anthem? Oh, yes, I recognize those words, but what’s that tune?

Ok, The Fray may have some of the nation’s number one dailies crying “hipster” and “emo,” but this seems to be just another attempt by a mainstream band to take on the daunting task of performing the national anthem, maintaining their individuality, and all the while trying to please every last red-blooded American. At least they got all the lyrics right.