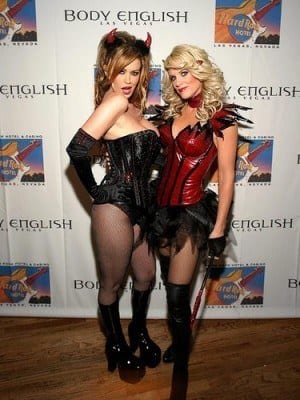 The former Playmate set to make return to centerfold

Jenny McCarthy the former 1993 Playmate, and advocate for autism, will pose nude for Playboy once again, reports US Weekly. McCarthy will be featured on the magazine’s cover and in a full pictorial for the July/August issue.

Jenny McCarthy, now 39, also recently appeared in singer and comedian Bill Zucker’s latest music video for his new single Half the Man. This is the first time that the Chicago native has appeared in a music video, which is rather surprising.

“Jenny McCarthy is one of the most kind and genuine people that I have ever met and has become a good friend,” Bill said. “She just oozes sex appeal and class and I enjoyed every single minute of working with her,” he added.

Jenny McCarthy, despite her rise to fame as a Playmate, has gained much notoriety and respect recently for her work with autism. In May 2007, Jenny McCarthy announced her son Evan had Autism. Since then, she has been a spokeswoman for Talk About Curing Autism (TACA) and Generation Rescue. In 2007, she also published her book Louder than Words: A Mother’s Journey in Healing Autism.

In it, she claims that it was her ex-husbands inability to deal with their child’s disease that led to their divorce. Since then, she has been linked to funnyman Jim Carey and the Chicago Bears linebacker Brian Urlacher.

With the announcement of Jenny McCarthy returning to the pages of Playboy it seems that her career has come full circle, but for a woman who is just around the corner from 40, you have to give her respect for having the courage to bare it all.

Check out Half the Man below.