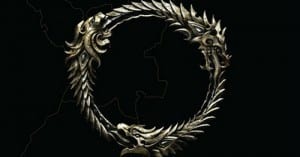 If you clicked on this story because you already know what Elder Scrolls Online is, then you probably already know that the highly anticipated video game is opening its doors for beta testing – an unparalleled opportunity for gaming mega nerds to build up characters, pwn wilderness wolves and digitized orcs, and begin spending sleepless days and nights in front of their gaming cubes, before everyone else. If you don’t know, now you know n00b.

Elder Scrolls has been highly anticipated by nerds and lesser nerds alike, as it demarcates a revolutionary new chapter of role-playing and storytelling never before seen in the gaming universe.  ZeniMax director Matt Firor explained, “We have been working hard to create an online world in which players will be able to experience the epic Elder Scrolls universe with their friends, something fans have long said they wanted.” Players of Elder Scrolls will be able to remain socially connected while playing – allowing them to invite friends to existing gaming marathons via Twitter and Facebook.  The intense lifelike graphics, incredibly vast size and detailing of the universe, and intricate faction and character stories have all been lauded by anticipatory fans who got a sneak peek of the game through ZeniMax’s six-minute trailer.  O, you haz dezire to rewatch right now?

Elder Scrolls is groundbreaking in the liberty it gives its players, and has taken years of pains to develop a world that individuals can go hunting through on their own time.  If you’re looking for a quest right away though, start by signing up to become one of the chosen and coveted few to lay your sticky fingers on this prize.  The task, should you choose to accept it, is not simple, young warrior.  Be prepared to answer a barrage of questions about your personal statistics, gaming history and style, and full system diagnostic information. This amateur thinks applying to college may have been slightly easier, although less immediately gratifying — a progress bar will notify you of your chances of being selected for this position, so don’t freak out.  Visit here for more info from ZeniMax.