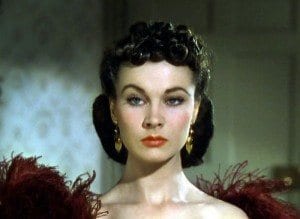 ABC hints at the B-word in two new show titles. Why not just come out and say it?

ABC is getting away with the B-word in show titles a lot this season.

Both B-word-titled shows are aimed at female audiences, and are about women. ABC abbreviated “bitch” to “B” in both titles (no one is fooled by the change to “belles” even if they are from the South) before introducing the shows to advertiser, even though broadcast standards allow the word on television.

Calling a woman a bitch is not a term of endearment, but the word is so widespread in our language, and the women in these two shows really are, well, bitches.

The B—- in Apartment 23 is named Chloe, and she is played by Krysten Ritter. Chloe is very obviously a sociopath who finds roommates, steals their money, and then does such terrible things that they end up moving out. Sure, later episodes will probably show Chloe’s heart thaw a little bit. Maybe she’ll even make a few real friends. Or maybe her heart will grow three sizes like the Grinch’s. But in the pilot, she’s a total B—-.

GCB is about a woman returning to the upscale Dallas neighborhood where she grew up. Amanda, played by Leslie Bibb, was the former high school “Queen Bitch,” and is a recently widowed mother of two. Amanda was rich, but lost her money in scandalous Bernie-Madoff-esque scandal her husband committed before dying in a crash along with his mistress.

Kristin Chenoweth plays Carlene Cockburn, a former classmate of Amanda’s and the girl Amanda used to mock. Of course, the roles reverse in this show, and Carlene is the new “Queen Bitch.” The other women Amanda encounters in Dallas don’t believe she has changed since high school and want her out of Dallas as fast as possible.

Are the B-word show titles demeaning to all women, or do they just refer to the particular characters who are really very mean and vindictive? Let’s see how these midseason shows fare before B—–ing about the titles.

Previous ArticleFox Mole Joe Muto "Smoked Out" and FiredNext ArticleElon Musk: Mars is the America of 1492