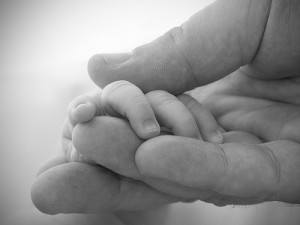 A 96-year-old dad might seem impossible on so many levels, but Ramajit Raghav and his 52-year-old wife Shakuntala Devi of India have apparently made it possible. Breaking the world record for the second time, Raghav welcomed his second child in the past two months, a healthy baby boy, earlier this month.

“I didn’t take any performance enhancers…I just prayed to God to complete my family, either a girl or a boy,” the 96-year-old dad said in an interview.

The new father and mother are farmers and live in Haryana, India, a town 31 miles northwest of Delhi, according to News. The two met 10 years ago and though Raghav claims to be mostly celibate a majority of the time before that, the 96-year-old man claims a healthy sex drive is the reason for his late-in-life position as a dad. He also told the Times of India that his good health and energy is due to a life as a teetotaler and strict vegetarian.

At 96-years-old, the dad seems to be full of youth and looking forward to having two children running around the house.

“I feel lucky to have two healthy sons. It will be tough, but I’m a happy man,” Raghav said.