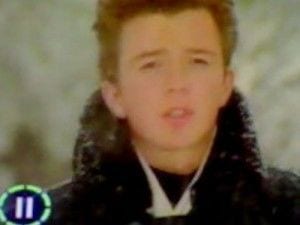 On the day of the app’s release to Android, Vine, Twitter’s video-sharing application, was hacked by 16-year-old Will Smidlein, who uploaded the three-and-a-half minute video of Rick Astley’s song “Never Gonna Give You Up.” This video violated Vine’s usual code that only six second videos are posted.

While tinkering with the app’s coding on the new Android system, the Cleveland teen found that if he reconstructed the application he could post the Astley video.

“I think I broke Vine,” Smidlein tweeted on Monday.

Smidlein is a high school student and a web developer who had been programming for a few years. He said that taking down the Vine application took him under an hour. He reconstructed the application and left out the six second time limit, which allowed him the ability to post the music video.

Why the teen posted the infamous Internet meme, known as “rickrolling” to those who are familiar with the joke of posting provocative-looking links that instead lead to Astley’s video, Smidlein explains to “ABC News.”

“I just had the Rickroll mp4 sitting around on my computer. I don’t know why,” he said.

After posting, the teen said that he noticed that both Vine and Twitter were experiencing problems. But despite that possible roadblock, the 16-year-old knew that he had succeeded when a friend retweeted his video.

His run of glory was cut short, however, when he was asked to take down the video per request of a Twitter engineer. Later, Vine removed the video in full.

Smidlein was apologetic of the whole scheme, and willingly removed the post from Vine when the engineer asked.

“I truly feel awful for the engineers whose day I ruined with my stupid messing around,” Smidlein tweeted.

Despite this teen’s violating hack, many are supportive of sorry Smidlein. Some agree that Twitter and Vine were too harsh, and should have been thankful to the 16-year-old for illuminating the application’s loopholes.

“Vine, you’re a bunch of bullies. Your coding was weak and got exploited — and you aren’t thanking this kid for discovering that for you?? Kid, don’t apologize. It’s their job. They should be paying you,” a reader replied on a “Mashable” article.

Though the Cleveland resident may never work for Twitter, his future is bright. After finishing the school year, the young teen will be working as an intern in San Francisco’s Pocket. Pocket is an application that allows for online content to be saved for access later for its users. Smidlein was even congratulated by Pocket for the crash.