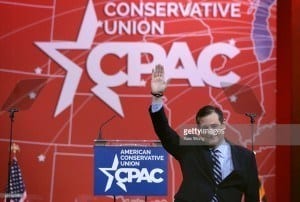 According to The New York Times and first reported in The Houston Chronicle yesterday (March 21st). Republican Texas Senator Ted Cruz plans to announce on Monday March 23rd that he will be running for the Presidency in the 2016 Presidential race. He is expected to make the announcement during his speech as speaker during the convocation center at Liberty University in Virginia. This would make Cruz the first GOP and first major candidate to formally enter the race. Cruz had trouble when the idea first came to surface and his eligibility was being questioned and may be questioned again during the election campaigning. Eligibility that has to do with his citizenship status, him being born in Canada has repeatedly brought up whether he is actually a “natural born citizen.” Which is one of the eligibility requirements for becoming President. This rule has never been officially addressed and voted on so it is still questionable, the same as it was during the last Presidential Election for both party candidates. Cruz has been working hard to recruit backers and donors for his campaigning, giving reasons why he is the best choice among others, but many still seem unsure of his qualifications.