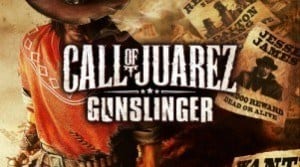 A solid choice on PS3, XBLA, or Windows PC

When it comes to successful first-person shooters, people everywhere know to answer the call. Recently released on Xbox Live Arcade, Playstation Network and Windows PC is a different call, one with it’s own storied history: Call of Juarez: Gunslinger. Stepping away from the military simulation, CoJ:G instead uses an arcade style and presents a shooting-gallery-like combat system that challenges players with typical gameplay mechanics that vary only slightly throughout the story. The narration provided, spoken in first person from the point-of-view of the protagonist Silas Greaves, offers a welcomed variation from the normal “experience as you go” vanilla storytelling that is offered in far too many FPS games of today. With Call of Juarez: Gunslinger, players will experience mechanics that offer very little beyond anything else out there, the story though, that’s what causes the game to become memorable.

The wild west was the last untamed frontier of the United States, made even more difficult by roving gangs of over-glorified outlaws. To become famous you had to be an outlaw or catch one. Silas Greaves was a bounty hunter, set upon a laundry list of outlaws with the intent of bringing them in dead or alive and collecting the bounty. Most chose the latter. It’s not that simple though, with Silas Greaves sitting in a saloon relaying the chain of events to an eager group of listeners about how he single handedly brought down the west’s most notorious outlaws. The first person narration presents a unique experience for players, allowing Silas to tell firsthand accounts of how he outgunned famed westeners like Billy the Kid, Pat Garrett, Johnny Ringo, and many other infamous names that still haunt history. As Silas creates what seems to be tall-tales, his audience becomes increasingly skeptical that the events he explains actually happened. This creates an additional level of intrigue, as the questions posed see the player resubmerged into the story to further explain what may seem impossible.

Levels change or take shape as the story unfolds or as Silas answers questions from his audience. This creates an experience reminiscent of Bastion, the hit title that took the gaming world by storm with its own unique narrative. Instead of swords and magic though, Call of Juarez: Gunslinger uses six-shooters and dynamite. Despite the wonderful narrative and memorable level sequences, the gameplay is still bland and offers little beyond typical point and shoot mechanics. As you kill outlaws in various styles, headshots or through debris, you’ll earn experience towards leveling up and fill your “focus meter”. The XP is used to unlock particular skills, increasing ammo, granting improved weapons, or other goodies that will benefit the players as the game rolls on. The focus meter gives a bullet time-like slow motion event where players have an easier time lining up headshots for increased XP. Even at full-meter though, focus runs down awfully fast, making the event barely more than a passing advantage.

Finally, as Silas faces down each of the wild wests biggest names, your typical gun battle is cast aside in favor of a quickdraw duel. As interesting as this sounds, it becomes more frustrating than fun, surprising players with attempts at making each battle unique and different. The results are the opposite, however. With little direction during those unique scenarios, players will find that the only course these battles take is a constant trial-and-error, resulting in reloading and retrying the same duel time and time again.

em>Call of Juarez: Gunslinger is not a bad game, it just does little to separate itself from other shooters in terms of gameplay experience. Silas’ own narration and the unique design of levels masking the constant re-use of level assets makes it a pleasurable experience though. The inclusion of mini-games outside of the main story, a score-battle arcade mode and a rehash of the frustrating duels from the single player game, as well as a new game plus mode present some above average replayability. For those looking for a basic arcade shooter, but with a unique, interesting story, this is made for you.