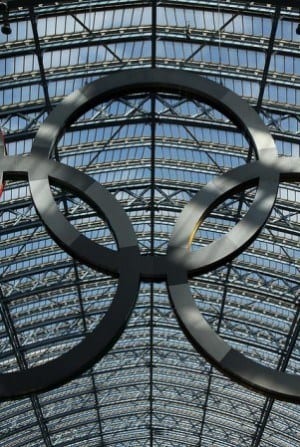 A Swiss athlete has been expelled from the 2012 London Olympics for disparaging comments made towards the South Korean soccer team made via Twitter.

The expelled Swiss athlete, Michel Morganella, was dismissed from the Olympic Games Monday after he posted a racist tweet after his team’s 2-1 loss to the South Korean soccer team.

According to Reuters, the tweet, deemed highly offensive and racist, began “I punch you, South Koreans, go burn…” and ended with Morganella’s characterization of South Koreans as “Mongoloids.”

“Je fonsde out les coreen allez sout vous lebru. Ahahahhahahaah deban zotre,” read the tweet, which roughly translates as, “I f—k all Koreans, go all burn yourselves. Ahahahaha bunch of ‘tards,” according to The Next Web.

Morganella was immediately dismissed from the Olympics by his Swiss teammates for his conduct, which “gravely insulted and violated” the dignity of South Korea.

“As a member of the Swiss Olympic mission he gravely discriminated, insulted and violated the dignity of the South Korean football team and the South Korean people,” said Swiss team chief Gian Gilli.

Gilli added, “As a consequence of this behavior Michel Morganella, having conferred with the Swiss Football Association, is immediately stripped of his Olympic accreditation and all future participation in the Olympic tournament. The Swiss team will now focus entirely on the next match. I wish the team inner peace and serenity.”

He continued, “We would like to apologize, especially to the South Korea National Olympic Committee and the South Korea Football Association for the behavior of the player. We hope that he [Morganella] will draw the necessary lessons for his still young football career.”

The expelled Swiss athlete offered his own public apology, “I made a huge mistake after the disappointing result. I wish to apologize to the people in South Korea and their team, but also to the Swiss delegation and Swiss football in general. I obviously accept the consequences for my actions.”

Switzerland will continue without Morganella, next playing Mexico in Group B on August 1.

The expulsion of Morganella marks the second athlete to be dismissed from this year’s Olympics following poor Twitter taste. Greek triple jumper Paraskevi “Voula” Papachristou was dismissed from the games two days prior to their start following a racist tweet regarding African immigrants in Greece.

“With so many Africans in Greece … at least the West Nile mosquitos will eat homemade food!!!” she tweeted.

According to the International Olympic Committee, who have put out official social media guidelines, all tweets, Facebook posts, blog posts, etc. “should at all times conform to the Olympic spirit and fundamental principles of Olympism as contained in the Olympic Charter, be dignified and in good taste, and not contain vulgar or obscene words or images.”