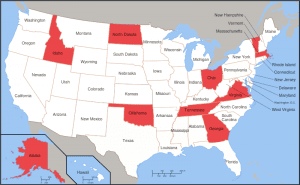 Who will be the front-runner after a 10-state voting extravaganza?

Super Tuesday voters will make an impact on the GOP race today.

Today, Super Tuesday, is the day when voters in 10 states will make an impact on the Republican presidential race. Mitt Romney, the GOP front-runner, may be able to put the race out of reach after today’s primaries and caucuses.

Mitt Romney can’t secure the GOP nomination today, but he may be able to put the race out of reach for his chief rival Rick Santorum.

Newt Gingrich will try to keep his struggling campaign afloat in his home state of Georgia today, where he has vowed to win.

On Super Tuesday, possibly as many votes will be cast as have been cast the entire GOP nominating contest so far.

All 10 states holding contests on Super Tuesday are awarding delegates proportionately by basing votes on the outcome in congressional districts, a candidate’s percentage of the statewide vote, or a combination of both, as in the case of Ohio.

These contests make it highly unlikely for any one candidate to finish Super Tuesday with a landslide lead, but today’s results will shape the rest of the GOP race.

Of the 10 states holding primaries and caucuses today, Ohio is the largest battleground. In Ohio and Tennessee, the race is up for grabs by Romney and Santorum.

Santorum hopes to win Oklahoma today. Romney is almost sure to be victorious in Massachusetts, Vermont, Idaho and Virginia.

Libertarian Congressman Ron Paul hopes to gain his first win in Alaska and North Dakota today, but he is also expected to have a strong showing in Idaho.

Voters are already out making deciding the fates of the candidates. The results of Super Tuesday will effectively shape the rest of the GOP race. Will Romney finish today with an unsurpassable momentum? Will Santorum gain the footing he needs to take a lead against Romney?

None of the candidates will make a knockout blow to the race today, but Super Tuesday will certainly give us a clear idea of where this race is heading.