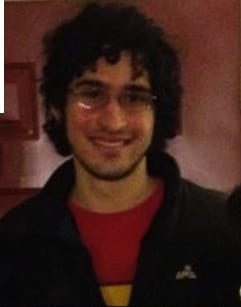 Sunil Tripathi, 22, is an Indian-American student who has been missing since March 16. His name was defamed across social media websites after it was reported that a Boston Police Department scanner named him one of two suspected to be responsible for the Boston Marathon bombings.

Tripathi attends Brown University. His name first appeared on Reddit, and then this speculation was continued on Twitter, particularly by Kami Mattioli, one of Tripathi’s high school classmates.

Tripathi is not wanted by police in connection with the Boston Marathon bombings, but he remains missing.

Reportedly, he left his apartment without his cell phone, credit card, ID and other belongings. He was on approved leave from Brown University.

The Boston Marathon bombing suspects have been identified as two brothers from Chechnya.

Overnight on Twitter, people debated over whether Tripathi was one of the men in the pictures released of the suspects. At 4:18 a.m., NBC’s Pete Williams stated, “There’s been a lot of speculation 1 of these suspects is a student that went missing from Brown – NOT THE CASE.”

The incident has brought criticism to the nature of the 24-hour news cycle, through which many people post information without confirming its validity, first. The incident was particularly controversial because of the difference of Tripathi’s darker skin color and the lighter skin color of the suspects in the photos.

Tripathi’s family established Facebook and Twitter profiles to help bring him back home. A statement on the Facebook reveals that his family is particularly concerned because Tripathi suffered from depression, and a note suggesting suicidal intent was found in his apartment.