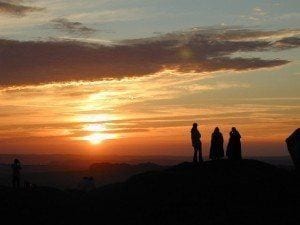 Summer solstice is coming a day early this year, marking June 20 as the official first day of summer.

Because 2012 is a leap year, the summer solstice, commonly known as the longest day of the year, is falling a day early in order to stay in sync with the calendar year for the Northern Hemisphere.

This means today, the North Pole is tipped more towards the sun than any other day of the year.

The exact opposite is true for the Southern Hemisphere, where the winter solstice is beginning today.

Mark Hammergren, an astronomer for Chicago’s Adler Planitarium, said in an interview with National Geographic that despite what people may think, the tilt of the Earth has more influence on the seasons than our planet’s distance to the sun.

“During the Northern Hemisphere summer, we’re actually farthest from the sun,” Hammergren said.

Summer solstice is viewed in a different way than it used to be in the past.

Cultures used to rely very heavily on the summer solstice.

A buried Maya city in Guatemala had buildings that were designed to align with the sun during the summer solstice.

Ancient Egyptians built the Great Pyramids so the sun would set exactly between the two Pyramids on the summer solstice.

Summer solstice also used to be celebrated by pagans as a day of healing. Later, it became more associated with agriculture, as it was the turning point in the growing season.

Still, Hammergren said today’s culture pays less attention to the importance of summer solstice and just recognize it as the beginning of a new season.

“Ancient cultures and some modern religions pay very, very close attention to certain natural alignments … and there’s a lot of mysticism and special supernatural significance attached to them,” he said. “The fact that we don’t pay attention to that stuff as much anymore, I think, is a rational thing.”