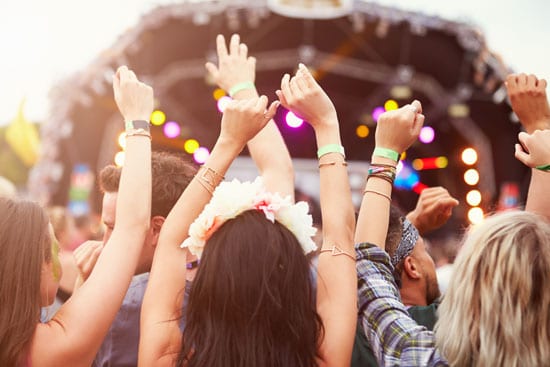 A new study from Harris and Eventbrite shows that a majority of millennials are choosing to spend their hard-earned money on experiences, rather than things. 78 percent reported that they would sooner spend their money on a desirable event than a desirable object, and 55 percent reported that they are spending more money than ever on concert tickets or other live events.

Why is this happening? There may be a few reasons. One is the now-ubiquitous FOMO or “fear of missing out.” Living up to a reputation as the social media generation, millennials tend to share their experiences through Facebook, Twitter and Instagram. Seeing those experiences broadcasted by others can inspire FOMO, which in turn drives people to spend more money on events and outings.

Another reason might be the fact that millennials are old enough to have witnessed the crash of 2008, wherein many people had to give up their material possessions. Naturally, millennials became a little bit wary of spending all of their money on things that might not retain their value, or may end up being temporary. The sharing economy also eliminates the need for certain material possessions like a car, leaving millennials free to spend more money on experiences.

Additionally, the psychology of happiness plays a significant role as well. 77 percent of millennials say that some of the best memories of their life have been made at live events. 79 percent said that attending an event with a friend or family member strengthened their bond, and 30 percent said that they met someone at a concert who became a good friend. 69 percent believe that live experiences better connect them to the community and make them feel bonded to the people and places around them. These numbers show that what millennials find worthy isn’t only defined by the monetary value.

What do you think? Do you prefer to spend your money on experiences or possessions? Let us know in the comments below, or talk to me on Twitter at @BallardJamie23