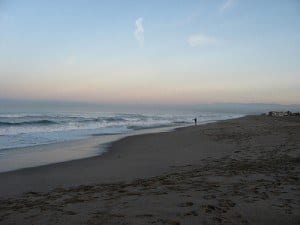 A 20-year-old Korean exchange student died Wednesday after a sand pit collapsed on top of him. The incident took place at Oxnard Beach Park.

The student was having fun on the beach outside the Embassy Suites Mandalay Beach Hotel & Resort with his friends in a six-foot-deep pit they had been digging. He was allegedly laying down taking pictures when the pit caved in on him.

Fifteen minutes later, they were able to dig him up and immediately performed CPR. He was taken to Ventura County Medical Center, but was declared dead at the hospital.

Furthur details as well as the name of the Korean exchange student have not been released because his relatives have not yet been notified.