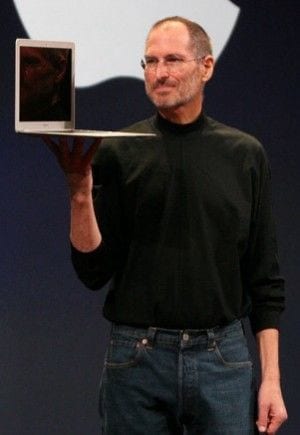 The FBI file of Steve Jobs was released Thursday, giving America further insight to one of the men behind Apple.

The Federal Bureau of Investigation was keeping a 191-page file on Jobs, detailing his personal and public life. Discussing Jobs’ previous drug use, narcissism and lack of communist ties, the report also goes into details about Jobs’ relationship with the government. According to the Huffington Post, Jobs was being considered for a position in George H.W. Bush’s administration on the Export Council. Most of the file contains the 1991 background check that was ran due to this consideration.

In another part of the report, the FBI mentions a bomb threat that was made against Apple in February of 1985, months before Apple fired Jobs.

“An unidentified male caller made a series of telephone calls to {redacted} of Apple Inc…and advised that devices had been placed in home of captioned individuals [redacted] and one million dollars must be paid,” the FBI wrote in the report.

Over 29 people were interviewed for Jobs’ background check and although their names were removed from the report, there are several key clues to who the people are. For example, the notes discuss how the FBI tried to contact a woman whom Jobs “had a baby born out of wedlock,” leaving the public to assume its Chris-Ann Brennan.
Interviewees had several things to say about Jobs.

One commented on his acquaintance with an Eastern/ Indian religion and mentions how this change in philosophy impacted his personal life for the better.

Several interviewees questioned his character. The FBI wrote that one interviewee “added that although the Appointee [Jobs} is basically an honest and trustworthy person, he is a very complex individual and his moral character is suspect.” Someone else said that Jobs had “a tendency to distort reality in order to achieve his goals.”