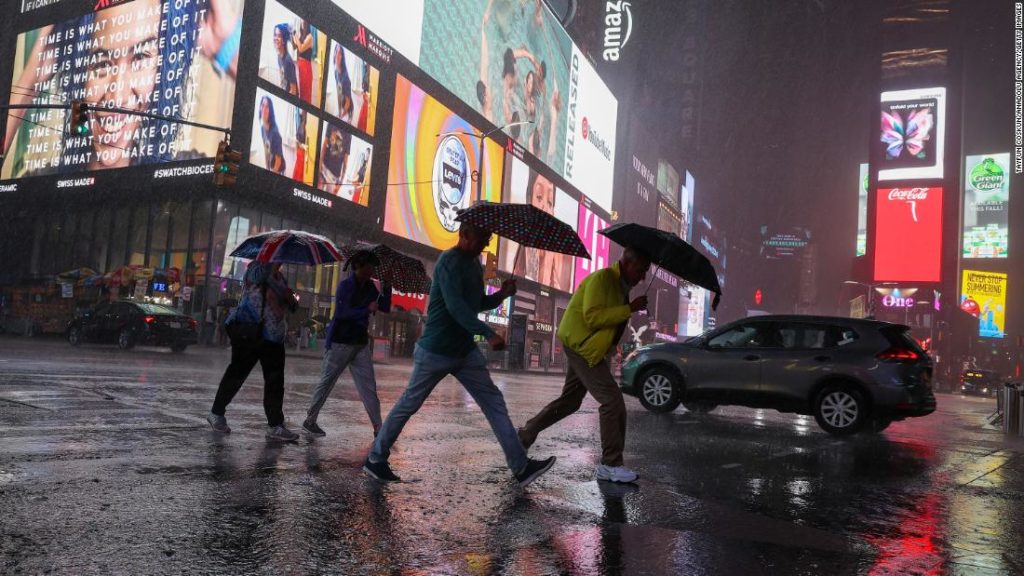 A state of emergency has been declared in New York City in the wake of torrential rainfall and flash flooding as a consequence of Tropical Storm Ida.

In addition to New York City, New Jersey has also declared a state of emergency.

Latest reports state that at least nine people have been killed, with seven of those who died being in New York, including a two-year-old boy, according to NBC New York.

“Please stay off the streets tonight and let our first responders and emergency services get their work done.”

We’re enduring an historic weather event tonight with record breaking rain across the city, brutal flooding and dangerous conditions on our roads.

It is estimated that in excess of 80mm of rain fell in Central Park in the space of an hour, overtaking the previous record of 49mm that was set in the wake of Tropical Storm Henri last month.

Dramatic footage has circulated over social media showing water within people’s homes and subway stations as well as roads being completely filled with water due to the tropical storm.

The New York City Police Department have encouraged people not to leave their homes and stay away from the roads with the fire department declaring that they are responding to calls from all over the city.

Many of the New York City’s transportation services have closed, including the subway, national rail services and flight’s in and out of the city have been suspended.

Severe weather conditions also saw many of matches postponed at the US Open on Wednesday, therefore delaying the competition.

The remnants of Tropical Storm Ida have been moving north across the east coast of the United States, after it hit Louisiana as a Category 4 hurricane on Sunday. Factors for this storm can be explained by different reasons, however, a warming atmosphere because of climate change is the most likely explanation as it causes an increased production of torrential rainfall.