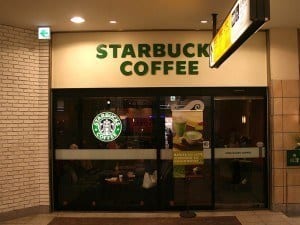 Starbucks acquired Bay Bread LLC for $100 million cash. La Boulange is one of Bay Bread’s brands, and will drop stock value by two cents per share with the new purchase.

The La Boulange menu features a diverse spectrum of food including granola, flan tarts and croque monsieurs. The goal of the acquisition is to create a wider range on Starbucks’s own menu of pastries. The new pastries offered by Starbucks’s new purchase will replace the current selection next year.

According to the Associated Press, food is a significant part of revenue for Starbucks – about one third of the purchases made at the famous coffee shop stem from food purchases. According to Bloomberg, fruit salads, chicken lettuce wraps and blueberry scones make up 19% of Starbucks’s U.S. sales.

The purchase will help Starbucks grow faster in competition against Panera Bread Co., currently the top of the food industry. At the close of Starbucks’s procurement of Bay Bread LLC, Starbucks’s stock rose 3.4 percent to $53.90 in New York, according to Bloomberg.

In March of next year, Starbucks plans to sell 60-calorie, green-coffee extract energy drinks, which will be called Refreshers. This is the stem of the $30 million purchase for Evolution Fresh Inc. Starbucks made last year.