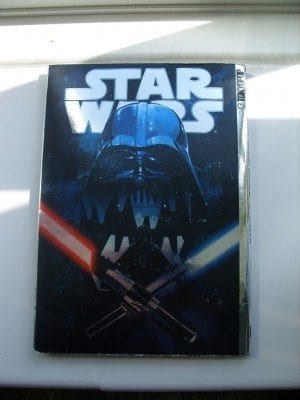 What changes has Lucas made to the “Star Wars” Blu-ray set?

What is undeniable about the “Star Wars” Blu-ray set is the picture quality. The nine-disc set is being presented in 1080p, with the best picture and sound quality possible. In addition to the six installments of the “Star Wars” saga, there are three discs of bonus features “with more than 30 hours of in-depth bonus supplements and extensive special features,” including alternate and deleted scenes.

Unfortunately, this transfer to Blu-ray has given creator George Lucas the chance to do something that fans have been up in arms about since Hayden Christensen magically appeared in “Return of the Jedi” — it’s allowed him to alter the original films.

The changes in the “Star Wars” Blu-ray set include blinking Ewoks, R2-D2 hiding behind digitally inserted rocks, replacing the puppet Yoda with CGI Yoda in “The Phantom Menace” and Darth Vader screaming “Noooo!” as he throws the Emperor into the Death Star’s core.

These leaked changes have prompted fans to suggest their own humorous changes that Lucas may have made, including this piece which humorously suggests that “Han shoots Greedo, but only after a judo match, scrabble tournament, and seven rounds of rock, paper, scissors.”

What makes the “Star Wars” Blu-ray changes especially ironic is the fact that Lucas himself once went before Congress to argue against the colorization of black and white films. He said that it undermined the historical significance of the film.

The “Star Wars” Blu-ray set is available for pre-order here. You can watch the trailer for the Blu-ray set below.