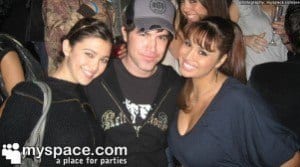 Somaya Reece performed to a packed house on Monday’s episode of “Love & Hip Hop 2,” and even with a wardrobe malfunction, she kept on going.

Contact Music reports that Reece suffered a wardrobe malfunction in the form of split pants. Reece was performing, rapping and dancing to an audience in a small venue, when her pants split, exposing her underwear to the audience.

Some audience members pointed out Reece’s malfunction, saying, “Her pants are unbuttoned,” and, “That’s on purpose.”

Reece only noticed the problem after a fan pointed it out. “A fan in the audience pointed down to my fly, I looked down as I was rapping and thought oh my god.The show gotta go on, and im not gonna stop, boob out, leg out, whatever.”