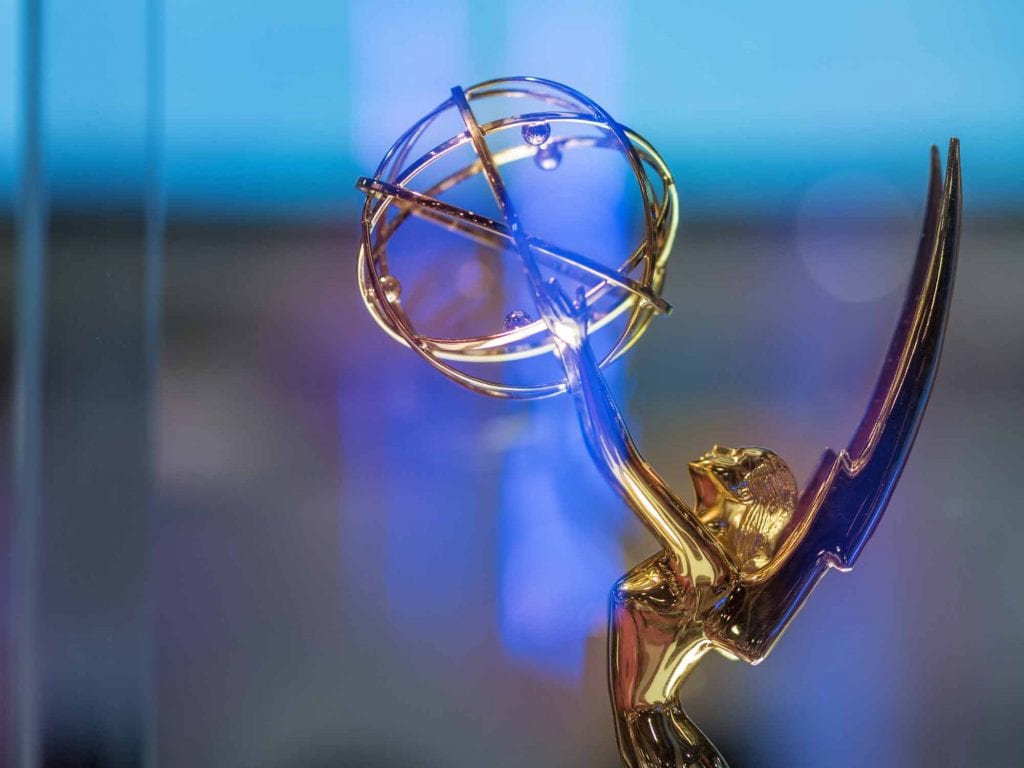 The Primetime Emmys televised jokes about diversity, but failed to select a diverse winning pool.

After president Donald Trump called last year’s Emmy ratings “the worst ever”, the 2018 Primetime Emmy Awards took things to a new level. A record-low audience of 10.2 million put the Emmys down 11 percent from the past two years.

The declining popularity of live broadcasted television left the much anticipated 70th Emmy ceremony struggling—but the awkwardness didn’t stop there.

Yet again, major diversity issues presented themselves throughout the three-hour show. As the hosts, Michael Che and Colin Jost, made jokes about Christianity, and more and more white actors took to the stage to collect awards, the atmosphere was detectable from the faces of cringing audience members.

The 2017 ceremony seemed to signal the start of a progressive movement, away from historic ideologies. All three lead actor awards were given to men from diverse backgrounds and other categories were also more equally distributed than previous ceremonies. Winners included Sterling K. Brown, Riz Ahmed, Lena Waithe and Atlanta.

This year, the promising prospect continued as the nominee pool included a record 36 non-white actors—a 20 percent increase from 2017. Hollywood was quick to make this known before announcing its winners.

The show began with the musical opening number: “We Solved It!” Kate McKinnon, Kenan Thompson, Kristen Bell and RuPaul (to name but a few) mocked the industry with a poignant song about diversity.

The song referenced Sandra Oh—the first Asian woman to ever be nominated for a lead actress Emmy: “There were none, now there’s one. And so we’re done!” It appeared that, whilst the joke seemed slightly awkward, the 2018 ceremony was being set up to include a diverse and inspiring winner’s circle.

Oh didn’t win—“It’s an honor just to be Asian,” she joked.

Instead, this year’s emphasis on diversity served to draw attention to the fact that only three non-white recipients received awards during the main broadcast.

On a pre-recorded clip, Michael Che did present what he called the “Reparation Emmys”.

“As a black comedian, for so many years our TV legends and heroes have gone unrecognized,

“So this year as host, I took it upon myself to finally right some of those wrongs. I present: The Reparation Emmys,” Che said.

Game of Thrones, previously criticized for lacking diversity, ended the ceremony by once again winning Outstanding Drama. With the show’s final season coming up, more diverse winners from the production in the near future seem unlikely.

Highlights of the Emmys

In a strange turn of events, Glen Weiss shocked everyone, including girlfriend Jan Svendsen, by proposing to her while accepting his reward for Outstanding Directing for a Variety Special.

Jenifer Lewis wore a bedazzled custom-made outfit by Nike, thanking them for supporting the football player and activist Colin Kaepernick. Kaepernick famously kneeled during the national anthem to protest against racial injustice.

A host of celebrities also used their outfits to advocate political agendas. Accessories included Planned Parenthood and “I Am a Voter” badges, and ACLU blue ribbons. Sarah Sophie Flicker also arrived with a “Stop Kavanaugh” message drawn onto her arm.

The Marvelous Mrs. Maisel star, Rachel Brosnahan, even urged people to vote in the upcoming midterm elections during her acceptance speech, and comedian Hannah Gadsby infused hers with parody.

“I mean, for somebody like me—a nobody, from nowhere—gets this sweet gig, free suit, new boots, just ’cause I don’t like men? That’s a joke, of course. Just jokes, fellas, calm down.

“Hashtag: NotAllMenButALotOfEm. No, it is just jokes, but what are jokes these days? We don’t know. Nobody knows what jokes are. Especially not men! Am I right, fellas? That’s why I’m presenting alone,” she said.

After a somewhat uncomfortable show, the reality of technical and societal change seems to be placing stress on traditional live network broadcasts. This year, the Emmys used the Primetime awards to force us to recognise that they have become more self-aware, but their enlightenment failed to deliver entertainment and implication.

The Creative Arts Emmys actually showcased a record number of non-white winners, but with much less press than the Primetime awards, a lot of these happened offstage. Clearly, Hollywood still has a long way to go on its road to diversity.