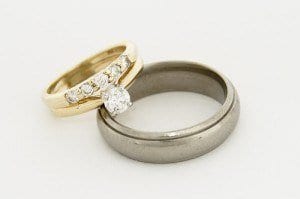 Former Kansas soldier, Joshua Priest, is looking at 10 months in federal prison for entering into a sham marriage. This sham marriage would provide him with additional military benefits and allow his Jamaican bride to become a legal immigrant. Priest pleaded guilty in July to conspiracy to commit marriage fraud and wire fraud. He also testified against his wife, Shannakay Hunter.

U.S. District Judge Monti Belot rejected the prosecution’s request for leniency. The judge claimed it was not justified in this case. Belot told the ex-Kansas soldier “The fact you came in and cooperated is fine, but it doesn’t excuse what you did.” He went on to say, “The worst part of it, Mr. Priest, is that you were a member of our armed forces.” According to Belot, Priest was held to a higher standard and had taken an oath to serve the country—an oath that he violated.

Priest has been ordered to pay nearly $30,000 in restitution for the fraudulently obtained housing and subsistence benefits given married soldiers. Priest’s defense attorney David Freund asked for the ex-soldier to be sentenced to probation. He claimed he had financial problems and made “a poor decision” but has since enrolled in college in Virginia. He understands his obligation to make restitution.

Priest’s bride, Hunter, was convicted in August of conspiracy to commit marriage fraud and lying to the government. Hunter will be sentenced on November 26.