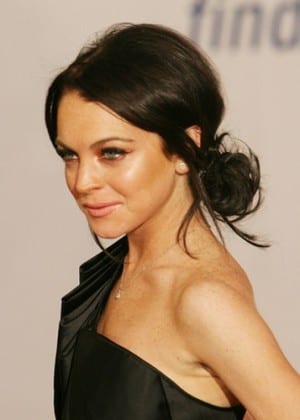 Star steps back into the limelight

SNL has announced that Lindsay Lohan will host the show on March 3. Is this a sign that the star getting back on track with her career?

The actress has hosted SNL three times before, the first time in March 2004, when she was just 17. “SNL! I love @NBC !!!!!!!!!!!!!” Lohan tweeted. Lohan’s publicist Steve Honig confirmed she would host the show, “Lindsay is very much looking forward to hosting SNL and working with the incredible cast, crew and writers to put on a memorable show,” reported KyPost.com.

The show will be the 25-year-old’s first on-screen gig in months. In 2007 the star’s career was put on hold when she was convicted of two driving under the influence incidents, followed by three visits to rehab. These incidents cost her several movie deals, but gained her a lot of negative publicity.

Lohan’s probation was extended after several probation violations, including missed counseling session, failed drug and alcohol tests and a shoplifting conviction. After nearly five years of probation, her restrictions are set to end next month, as long as she completes her remaining community service hours. “Miss Lohan, you have actually done your work. You are doing well and I would like to see it continue,” said Judge Sautner, as reported the L.A Times.

The actress/pop singer/model recently posed for the cover of Playboy magazine in a style reminiscent of Marilyn Monroe. Success of the photo spread indicates that Lohan’s legal trouble has not diminished her star power.

The star’s SNL appearance is another indication that she is indeed making a comeback. Lohan reportedly set up the gig on her own, (without help from her mother), appealing directly to SNL impresario Lorne Michaels.

The SNL episode will feature musical guest Jack White, who is launching his solo career.