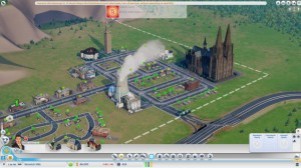 “SimCity,” returns with its newest rendition, an online game that attempts to give players what they loved of the original games: full control over building their cities. It has been over 10 years since the last “SimCity” game, “SimCity 4,” was released.

Reviews of the new “SimCity” aren’t quite finished yet because EA Games has not released the final version of the game or turned on the game’s global servers, yet. “SimCity” was released in the U.S. Tuesday, but IGN recommends waiting to buy it or attempting to get a refund because of issues with the game’s servers.

The new “SimCity” is praised for having a level of complexity that was absent from past versions of the game. Each person living in your city has a name and a lot of feelings about the decisions you’re making for your city. Elements of the buildings in your city have different looks to them depending on the inhabitant’s wealth and education levels.

Specialized city maps in the new “SimCity” allow your city to have different resources that other cities don’t, like oil. You can also choose to build casinos or tourist areas for your city to attempt to gain revenue from outsiders.

“SimCity” has a multiplayer mode that allows you to build your city near your friends’ cities and for the share of resources between these neighboring cities. Cooperative play may even be necessary for the sustainability of your city, according to Mashable. And if cooperative play isn’t your thing, you can always build more cities outward from your own and share resources between them.

The newest “SimCity” received great reviews, overall, aside from its server problems. It is expected to reach even better success with gamers once some troubleshooting is done.