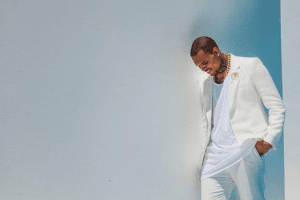 Chris Brown seems to always make headlines, only this time it isn’t for not taming his anger and being arrested for assault.

Brown, 26, returned to his home on Wednesday to find a female intruder in his residence. He called police who arrived to the scene and found 21-year-old Amira Kodcia Ayeb in the home whom Brown said he did not know and did not have permission to be at his residence.

According to the Los Angeles County Attorney’s District Office, Ayeb broke into the home where she lived for several days and vandalized the singer’s home and cars. Ayeb is being charged with three felonies for first-degree residential burglary, stalking and vandalism.

“I get home and find this crazy individual in my house,” he wrote. “She had broken the hinges off the doors. She Found time to cook her several meAls. She Wrote ‘I love you’ on the walls. She threw out my daughters clothing as well as my dogs stuff. Then had all these crazy voodoo things around my crib. goes to show you how crazy people are crazy! And she painted her name on my cars!!!! I love my fans but this is some on some real real crazy shit! I pray she will get help.”

Ayeb pleaded not guilty in Los Angeles County Superior Court and is scheduled to reappear in court on May 21.