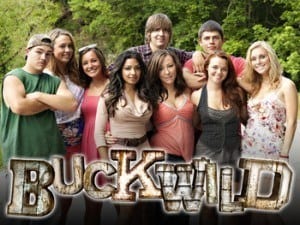 Shain Gandee, a star of MTV show “Buckwild,” was found dead in his truck with two other passengers Monday. Their deaths were declared to be the result of carbon monoxide poisoning.

Gandee’s truck was stuck in a mud pit with its tailpipe clogged. Gandee, his uncle, David Gandee, and another man, Donald Robert Myers, were in the truck. Their autopsies were completed Tuesday, and the deaths were ruled accidental.

According to WBOY-TV, Gandee and the other men left a bar around 3 a.m. Sunday and told others they were going four wheeling. The ditch the men were found in was on Wolf Pen Road, which is near Gandee’s home.

Filming for the second season of “Buckwild” has been suspended after the death.

Authorities speculate that because the tailpipe of the truck was submerged underneath the mud, and the engine was on, the truck filled with carbon monoxide from the exhaust.

Gandee’s nickname on the show was “Gandee Candy,” and the show focused on the lifestyles of young people living in the country.

After the men had been missing for a while, authorities were going to send out an aviation search unit but received a call from one of Gandee’s friends, who discovered the vehicle.

“Buckwild” played in “Jersey Shore’s” old timeslot, and according to MTV, received an average of 3 million viewers per episode.

Though no official statements have been made, cast mates expressed their feelings about Gandee and his death on Twitter, calling him an amazing person.

MTV released a statement saying, “Shain had a magnetic personality, with a passion for life that touched everyone he met, and we will miss him dearly.”