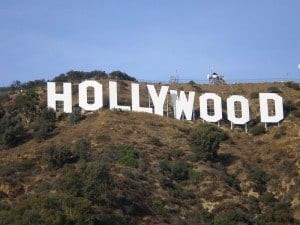 Police are now trying to find out who the head and hand belong to.

A severed human head was found on a hiking trail leading up to the Hollywood sign, police said today.

The head was discovered late Tuesday night by two female dog walkers, hiking below the sign.  The women noticed the dogs playing with an object, which after getting closer turned out to be the head.

Local LA newspapers have reported that the head belonged to an Armenian American male in his 40s with salt and pepper hair.

Police has begun looking for additional body parts and further investigate this situation. A police dog also found a hand 50 yards from where the head was located. Police believe the hand and head come from the same body.

The area surrounding the famous Hollywood sign is frequent by hikers, horse riders and tourists.