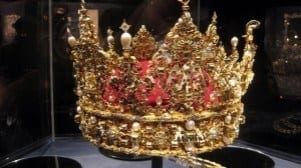 Scott Disick is the subject of allegations regarding rather strange criminal behavior as a teen. Disick, who recently had his second child with Kourtney Kardashian, is alleged to have had a habit of having one-night stands with women in the Hamptons, filming his sexual escapades and stealing from the women, according to RadarOnline.

“It’s true that Scott began videotaping himself having sex with girls when he was in his late teens, and then he’d steal from them!” said Brittany Reichek, a model and former friend of Scott Disick.

According to Reichek, Scott and his friend pulled off the sex scam at least 50 times during the time she knew him while never getting caught.

“Scott and one of his buddies had a system,” Reichek said. “They would pass themselves off as wealthy stockbrokers, pick up girls in the clubs in the Hamptons, get drunk with them, then take them back to their parents’ homes and claim the houses were their own.”

“When the time was right, Scott and his friend would go through their handbags and steal just about anything they could get their hands on,” including electronics, cash and credit cards, Reichek claimed.

“I think Scott got as good a high just from the actual things he stole,” Reichek said of the scam.

Scott Disick denied the allegations through a representative.

On an unrelated note, Scott Disick recently became royalty. Disick purchased the title “Lord” over the Internet and was recognized in an official knighting ceremony on a recent trip to London.

“Whether it’s Sir Disick, Lord Disick, Count Disick — becoming royal is going to get me the respect I deserve,” Scott Disick said prior to the ceremony. “I don’t have to be walking around like some peasant. I’m royalty!”