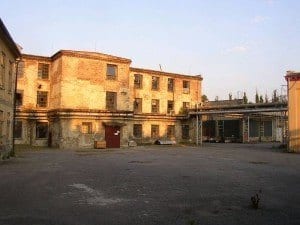 And not just on DVD

Schindler’s actual list, the eponymous document from the Steven Spielberg-directed, Oscar-winning 1993 film, has been put up for sale on eBay.

Oskar Schindler, the German industrialist who’s credited with saving hundreds of Jews from death during the Holocaust, had this list typed by his accountant Izhak Stern. The list is 14 pages on onion skin paper sold by Stern’s nephew to its current owner with a signed affidavit from that relative. The penciled date on the front page reads April 18, 1945. The names on the exalted lists are Jews who Schindler wanted saved from extermination by working in his factories during the war.

Schinder’s list up for auction is the only version of four existing that’s not held in a museum, and the only copy to ever hit the open market. Currently in Israel, the list is being sold by a collector with a reserve price tag of $3 million. However, according to the New York Post, California sellers Gary Zimet and Eric Gazin are hoping it will go as high as $5 million.

Gazin told the Post, “We decided to sell the list on eBay because it has over 100 million worldwide members, and this is a global story.”

If you’re interested in bidding on this piece of history, remember that potential purchasers have to qualify first. It is put up for bid by gazinauctions, which has garnered 98.8 percent positive feedback on eBay.

Would you want to buy it?