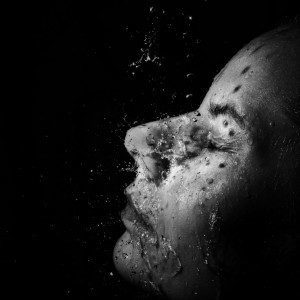 “Saving Face,” a documentary detailing the work of a British-Pakistani plastic surgeon as he travels across Pakistan and performs reconstructive surgery on survivors of acid violence, won the award for Best Documentary Short Film at the Academy Awards on Sunday. The film was shot entirely in Pakistan.

Directors Daniel Junge and Sharmeen Obaid-Chinoy worked together on “Saving Face.” Obaid-Chinoy is the first Pakistani to receive an Oscar. She hopes to screen her award-winning film at local schools, colleges, universities and communities to raise awareness about the victims of acid violence.

The documentary covers the struggles and endurance demonstrated by these abused women in these difficult circumstances. At least 150 cases of acid violence are filed in Pakistan every year, but the attacks are greatly underreported.

The stories in “Saving Face” are heart-wrenching. One girl describes how she was burned at 13 years old after rejecting the advances of her teacher. Another woman featured in the film is a 25-year-old woman whose husband threw acid on her and her sister-in-law doused her in gasoline before her mother-in-law lit a match and set her on fire.

Obaid-Chinoy said she hopes the cases in “Saving Face” will resonate for others in Pakistan. “It is a story of hope with a powerful message for the Pakistani audience. I felt this would be a great way to show how Pakistanis can help other Pakistanis overcome their problems,” she said, according to acidsurvivorspakistan.org.

In her acceptance speech, the Pakistani director called the achievement “her dream come true” and encouraged other young Pakistani film-makers to continue chasing their dreams.

Chinoy dedicated the award to “all the heroes working on the ground in Pakistan” including British Pakistani plastic surgeon Dr Mohammad Jawad, the main subjects of the documentary, Rukhsana and Zakia, and all the women of Pakistan, saying that, “resilience and bravery in the face of such adversary is admirable”.

“All the women in Pakistan working for change, don’t give up on your dreams, this is for you,” she said.

“Saving Face” was released in the US in November and will air on HBO March 8. It is due to release in the UK in March 2012, after which it will be released in Pakistan