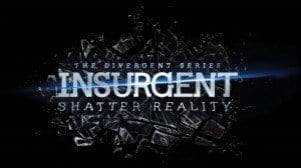 With the release of the upcoming film, Insurgent, Samsung is offering fans a thriller experience at SXSW in Austin, Texas.

The new technology aims to give users an in-the-moment experience, taking them from their seats into the action. With full 360 degree capability the new technology from Samsung allows users to enter a movie or basketball game, making you feel like you’re actually there.

The “Shatter Reality” experience live at SXSW is a partnership between Samsung and Lionsgate Entertainment for the Divergent sequel, Insurgent. The movie franchise administered mental tests in order to create a 360 degree view film. The four minute long experience features Kate Winslet as Jeanine Matthews who tests the subject (viewer) for their Divergent abilities before Miekhi Phifer and Miles Teller appear as their characters as part of the testing within the viewer’s stimulation.

Fans can enjoy the “Shatter Reality” experience at Samsung’s booth at SXSW which runs from March 13-March 22. Insurgent premieres Friday, March 20. Check out the trailer for the sequel here.