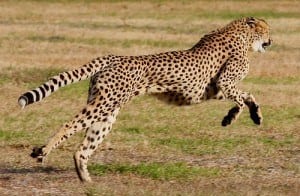 Remember how quick Lil’ Wayne was to piss off Chris Bosh after his much deserved ejection from a Miami Heat game?  The Galaxy S4 is even faster than that. The phone is set to be announced March 14 at Samsung Unpacked in New York City, according to International Business Times.

Browsermark gave the Samsung GT-I9500, the code name for the S4, a score of 2710 while running the Chrome 25 browser, which is the highest score ever reported, according to International Business Times.  Compared to other phones on the market, including the popular and lightening fast HTC One and Samsung Galaxy S3, the S4’s browser is “superior to 99 percent” of all other phones, according to the report.

The latest rumor is that the phone will feature Samsung’s new eight-core Exynos Octa 5 processor, which can produce speeds up to 1.9 GHz, though some sources have speculated that the phone will continue to operate on the same Qualcomm Snapdragon 600 processor that will be seen in the HTC One, according to the International Business Times.

Geeky Gadgets has also reported that the phone may feature different processors for its U.S. and international versions, which is similar to the configuration of the S3.  Rumors also speculate that the Galaxy S4 will feature a 5-inch Full HD SoLux 1080p HD display, 2GB of Ram, a microSD card slot and a 13 megapixel camera.

Additional, but more unreliable, rumors suggest that the Galaxy S4 will even have a flexible screen, but since the Korean brand is already pushing the production of such features back for its customers into 2013, it’s unlikely the feature will be on this version of the Galaxy S4.

Techradar also reports that the phone will not go on sale until May, likely due to parts shortages. The Galaxy s4 will run Android 4.2 Jelly Bean and is expected to come in 16, 32 and 64 GB models and black and white colors.