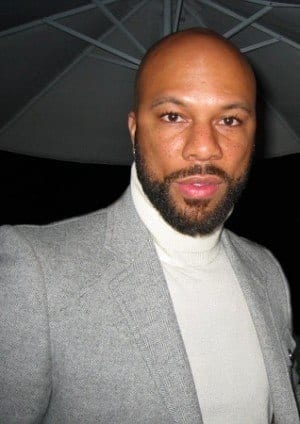 Despite a slow week, there are new releases from rapper Common, and the CD release of the legendary New Breed Compilation.

Christmas is just around the corner and I know you’re exicited about the gifts, food, and awkward family conversations.  As per usual, there weren’t a whole lot of releases this week.  But I was able to find some gems for you to check out.

Common is that rare breed of rapper whose worst efforts are still better than the crap that’s out these days.  Seriously, since he dropped the debut “Can I Borrow a Dollar” in 1992, all of Common’s works have been, at least, pretty solid to phenomenal.  “The Dreamer, The Believer” is trying to continue that trend, with the singles “Blue Sky” and “Celebrate”.

This collection of New York Hardcore bands was only available on cassette in 1989.  And even then, only 700 copies were made, due to a massive distribution force of two people:  Freddy Alva and Chaka Malik, two avid hardcore fans.  Like most comp, this was made to let people know what bands were playing in their neighborhoods.  Bands like Discipline, Outburst, Breakdown.

There are times where you hear an artist whose work you’re so impressed by, that you feel stupid for not knowing them beforehand.  Boog Brown is one of those individuals.  Hailing from Detroit, the femcee dropped some lyrical punches with the album “The Brown Study” in 2010.  Now, we have the remixed version, featuring beats by Def Dee, Dunc of DTMD, and Georgia Anne Muldrow.

Okay, okay.  Lately, they have been a slew of funk bands popping up on both coasts.  Now, with the such a flood of bands coming up, it’s hard to distinguish one from the other.  That’s the one flaw with bands like that:  they all tried to be the next James Brown, without attempting to bring their own personality in to the mix.  Enter Polyrhythmics, a band that’s trying to do their own thing while respecting the spirits of Brown and Fela Kuti.  Tracks like “Moonroof”, “Stinky Finger” and the title track have the required funkiness that will guarantee to get asses shaking.