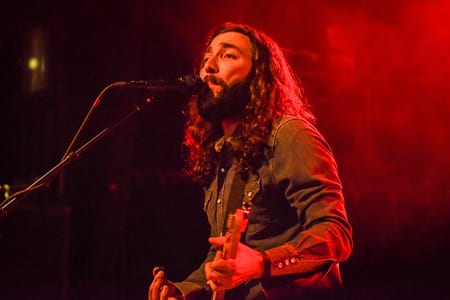 Ron Pope recently released a new album to raving reviews all round. The acoustic, folksy music was release independently via his own record label, Brooklyn Basement Records. Having had his music featured on the TV shows The Vampire Diaries, 90210 and So You Think You Can Dance, he has become one of the top grossing independent acts in his field.

While making the album, Ron Pope filmed a series of YouTube videos called Getting to Work with topics ranging from his writing process and influences to his hopes for the album’s release.

The 10-track album is heavily influenced by Pope’s life. He balances big country numbers, like Bad for Your Health with slower, sweet songs like the title track, Work.

The musician spoke about the first track of the album in one of his videos. He said: “Bad for Your Health is influenced by my really sad, miserable spring break experience where nothing went right and I ended up with my friend Chris just sitting on the side of the road drinking natural light, you know, from a thirty-case of canned beers, just saying, ‘What did we do wrong?’”

Rolling Stone Country called the Americana artist one of the “10 New Country Artists You Need to Know” while Uncut called Ron Pope “Atlanta’s answer to The Boss”. Earlier in 2017 he paid tribute to Aretha Franklin at Carnegie Hall, alongside the likes of Kenny Loggins and CeeLo Green, where he sang her 1967 hit Baby I Love You.

Ron Pope starts his tour at the end of September with two nights in New York.

Previous ArticleReview: Taylor Swift ‘Look What You Made Me Do’Next ArticleWhy Taylor Swift’s Trial is a Win for the World