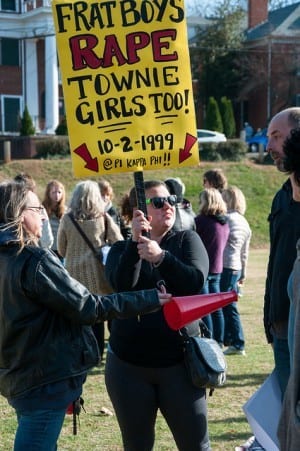 em>Rolling Stone magazine retracted a widely discredited article about a horrible gang rape at University of Virginia after the Graduate School of Journalism at Columbia University released a report on Sunday concluding that the article, “A Rape on Campus” written by Sabrina Rubin Erdely, was a story of “journalistic failure“.

In “A Rape on Campus” which was published in the November 2014 issue of Rolling Stone, Jackie’s narrative stated that a lifeguard, who was also a member of a University of Virginia fraternity, took her to a room and coached seven boys as they raped her one by one.

After several news outlets such as Washington Post pointed out details suggesting that the assault could not have taken place the way it was described, Rolling Stone magazine reached out to the Graduate School of Journalism at Columbia University to investigate lapses in reporting. Rolling Stone agreed to cooperate in providing information and records, and also to publish the unedited report.

The report stated that Rolling Stone magazine’s journalistic failures included “reporting, editing, editorial supervision and fact-checking.” The report asserts that if the Rolling Stone editors had taken those steps, then they would have been able to reconsider publishing the now-discredited campus rape narrative of “Jackie”. Erdely admitted that she had ignored several red signs given by “Jackie”, who had refused to provide the name of the lifeguard in her otherwise-vivid narrative.

In addition to commentators questioning the truthfulness of Jackie’s narrative, the Charlottesville Police Department, after a four-month investigation, stated it had found no “substantial basis to support the account alleged in the Rolling Stone article.”

Among the potential consequences from the Rolling Stone article include the possibility that “the magazine’s failure may have spread the idea that many women invent rape allegations.” The journalism school at Columbia University went on to mention that the actual rate of false rape accusations is 2 to 8 percent.

In a statement preceding the Columbia University Graduate School of Journalism’s report, Rolling Stone managing editor, Will Dana stated the magazine will commit to “a series of recommendations about journalistic practices that are spelled out in the report.”

Will Dana also apologized to readers and people who were damaged by the fallout, including members of Phi Kappa Psi fraternity and UVA students and administration members, as well as rape victims whose willingness to step forward with their experiences “might be diminished by our failings.”