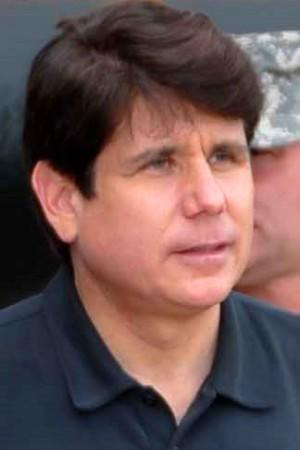 Rod Blagojevich serves his first full day of his 14-year sentence in a Colorado federal prison today. Though, in typical Rod Blagojevich fashion he didn’t go into the day quietly.

Media has swarmed outside of his home for the last few days, hoping to get a few words from the former governor and his family as to their reaction on Blagojevich heading to federal prison.

“I’m leaving with a heavy heart, a clear conscience and I have high, high hopes for the future,” stated Rod Blagojevich to reporters Thursday.

Balgojevich’s wife and two daughters didn’t accompany him as he left for the airport, but they were seen in the window of the family’s Ravenswood Manor home.

While at Chicago’s O’Hare airport, Rod Blagojevich snapped photos with eager fans and shook hands with all as if he were a politician on the campaign trail and not a convicted felon about to spend nearly a decade and a half behind bars. Even on the plane, reporters were describing Blagojevich’s every move. Other passengers were snapping photos of the former governor.

Though, before entering the Littleton, Colo. Facility yesterday, he stopped off for lunch at a nearby Freddy’s Frozen Custard and Steakburgers, reports the Chicago Suntimes.

“I think it’s kind of surreal to him, but he seems in good spirits,” Freddy’s owner Brian Pyle said after shaking Blagojevich’s hand and telling him to “stay strong.”

As to what job detail Rod Blagojevich has been assigned has yet to be released. Though, speculations range from cleaning washrooms to kitchen duty to landscaping. It’s been reported that he will be housed in a cell with up to three other inmates.

With Blagojevich officially behind bars, hopefully the media circus will taper off, and he and his family can deal with this trying time in peace.