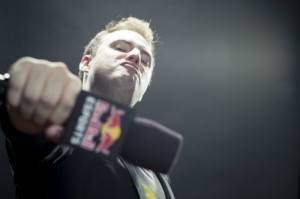 This weekend, July 26-28, eight professional StarCraft II players will make their way to Orlando, FL, at Full Sail University in an attempt to stake their claim as the Red Bull Training Grounds Champion. Eight of the best professional players will compete in a series of matches over three days, with the championship being held on Sunday, July 28th. Competing for cash prizes each match, the eight players are placed into two groups for the first two days of the tournament, each competing within their respective group in a round-robin competition. On Sunday, the final day of the tournament, the top two players from each group will square off to determine who owns the right to the title of “Champion”.

It’s important not to get confused at the players competing in this year’s tournament because it’s not for the faint of heart. The eight, all professional eSports players and experts from the StarCraft II community, will enter the competition with one goal in mind: winning. And because each competitor is capable of just that feat, Red Bull & Full Sail University want to make sure you’re able to see every gut-wrenching, match-turning decision, so a full live stream event kicks off on Friday, July 26th to provide access to the events for those who are not able to attend on the Full Sail University campus. Each live stream will run from 2pm until approximately 8pm (EST), depending on match lengths, and the groups are arranged as such:

Learn more about each individual player at the Red Bull Training Grounds page.

Live commentary will be provided both during the matches and via expert analysis after each event, provided by Sean ‘Day[9]’ Plott, Marcus ‘djWHEAT’ Graham, and Ben ‘MrBitter’ Nichol, so fear not if you’re not an expert on StarCraft II, as these veterans will explain the strategies executed in each of the matches.

To watch live coverage of the event, tune into www.RedBull.com/eSports at 2p.m.(EST) today.