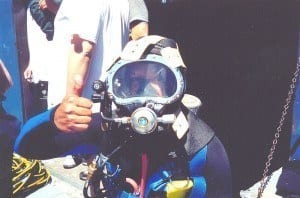 The very expensive robot fish were created to detect pollution, and are currently being tested in the waters of the port of Gijon, Spain.

The robot fish diminish the amount of time and manpower needed to detect pollutants and test water quality. The developers of the robot fish hope to sell their products to port authorities, water companies, and aquariums.

Each robot fish is about five feet long and costs more than $31,000, but that number is a lot lower than the annual cost of hiring divers to do the same job. The lengthy process costs more than $127,000 per year, and takes weeks to get the results.

In contrast, the robot fish, known as the SHOAL robots, would continuously monitor the water.

These robot fish swim like real fish, and communicate with the other robot fish in the water. When their battery is running low, they will return to their home base. They can send messages to a shore station up to a half mile away.

The project was partially funded by the European Union and drew on research by some of Europe’s top universities.

Versions of the robot fish worked successfully in lab tests, but this week’s swim in the port near Gijon will hopefully help developers find any bugs that need to be worked out, as well as help them figure out any changes that need to be made to how and what the fish communicate.

The developers at SHOAL hope the robot fish can eventually be platforms for other things just by changing sensors. Future robot fish could potentially aid in search and rescue, helping divers, and port security.