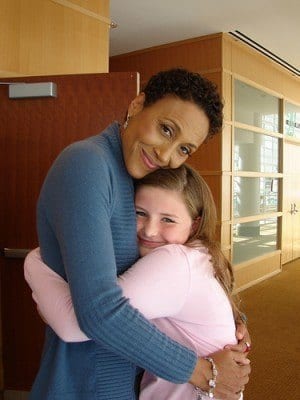 The GMA co-anchor has been diagnosed with myelodysplastic syndrome (MDS), a blood and bone marrow disease

Robin Roberts has received numerous well-wishes after revealing her diagnosis of myelodysplastic syndrome, or MDS. The Good Morning America host remains in high spirits convinced she will defeat this crippling blood and bone marrow disease once known as preleukemia.

Robin Roberts has served as co-anchor of ABC’s Good Morning America since 2005 and has become an eloquent and inspirational TV personality for many across our nation.

According to ABC medical correspondent, Dr. Richard Besser, Robin Roberts’ diagnosis with MDS is exceptionally unusual. Roberts underwent breast cancer treatment five years ago, and as a result of the treatment, she developed MDS, a manner of transmission so unusual, according to Besser, that only a few hundred people per year are affected in such a way.

But Besser has said that things look promising for Robin Roberts. Although the typical prognosis for MDS patients is frighteningly bleak, largely due to the disease affecting predominately those over 60, Roberts’ good health and the high possibility of finding a marrow donor provides hope for her recovery.

Robin Roberts, 51, is expected to receive a bone marrow transplant sometime this fall. The GMA host’s older sister, Sally Ann Roberts, an anchor for WWL-TV in New Orleans, is considered by doctors a perfect match for a marrow donor.

Sally Ann Roberts has said that she is thankful that she is a match and that she will be willing to donate marrow to her sister.

“I’m just so very grateful that I did match her because there are many, many people right now who are dying for a match and have no one in their family who are eligible,” said Sally Ann Roberts. “The wonderful thing about being a donor is that it takes so very little.”

“My doctors tell me I’m going to beat this, and I know it’s true,” Robin Roberts told her GMA colleagues Monday. Roberts is hoping her struggle with MDS will raise awareness of the disease and encourage others to register to become donors.

Robin Roberts reported feeling fatigued, more-so than one might expect, and she underwent testing on the same day she found out she had landed one of the biggest interviews of her career, an invitation to the White House to speak with President Obama about such topics as his support for gay marriage. Roberts learned of her MDS diagnosis on the same day that GMA topped Today in the ratings for the first time in more than 16 years.

“The combination of landing the biggest interview of my career and having a drill in my back reminds me that God only gives us what we can handle and that it helps to have a good sense of humor when we run smack into the adversity of life,” she said.

Sympathy from Twitter followers has been pouring in for Robin Roberts, including a message from first lady Michelle Obama that read, “Barack and I have you in our prayers. We believe in you and thank you for bringing awareness and hope to others.”

It is expected that Robin Roberts will take some time off from Good Morning America as she undergoes treatment, but it is unclear how much time the co-host will need in order to fully recover.