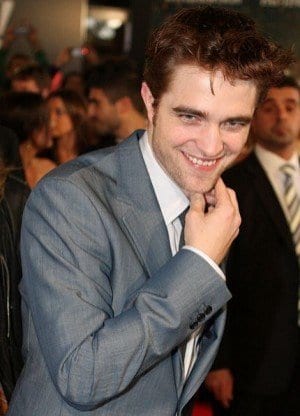 Robert Pattinson is scheduled to for an interview on Good Morning America Wednesday, Aug. 15th, after secluding himself from the public eye and from Kristen Stewart. The interview will regard his new film, Cosmopolis.

Robert Pattinson discovered his beloved girlfriend of three years, Stewart, cheated on him with the director of Snow White and the Huntsman, when photos surfaced of the two kissing, and when she personally admitted it to the young actor.

Devastated, Robert Pattinson has been spending time alone in a seven million dollar mansion loaned to him by Water for Elephants co-star and friend, Reese Witherspoon.

Robert Pattinson comforted himself with alcoholic beverages, while relaxing with close friends for the past couple of weeks.

According to NYDailyNews.com, Robert Pattinson was seen enjoying his time at a bar with male friends.

According to Us Weekly magazine, “Friends of Robert have told us that this was the woman that he wanted to spend the rest of his life with and he was actually very close to proposing when he heard about the affair.”

Robert Pattinson is scheduled to take the stage at the MTV Movie Awards with Kristen Stewart in September, regardless of the tension between the two.

Prior to Stewart’s admission to cheating, Robert Pattinson spoke on the rumor of his potential proposal to Stewart: “No one ever knows what is true or what isn’t … It’s not. At least, not yet. But it is true that Kristen has always done something to me that others haven’t.”