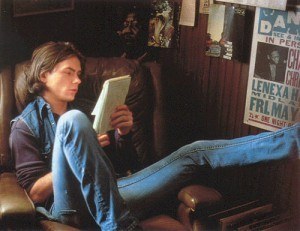 After twenty years without mention, Phoenix’s “Dark Blood” set to be finished

Director George Sluizer has announced that he will be finishing his film “Dark Blood.” Production has been at a stand still since 1993 because of River Phoenix’s, who stars in the film, untimely death.

Excitement from fans of the late Phoenix rose as Sluizer claimed that he has the blessing of the Phoenix family and was even looking into using brother Joaquin Phoenix for voice-overs.

However, the Phoenix family has denied that they have had any contact with Sluizer and have no intentions on working with him. The family has released this statement:

Despite George Sluizer’s claim that he has been communicating with River Phoenix’s family in regard to releasing River’s last film, Joaquin Phoenix  and his family have not been in communication with the director nor will they participate in any way.

The movie is about a man that lives a secluded life near a nuclear plant and runs into a couple and eventually falls for the wife.