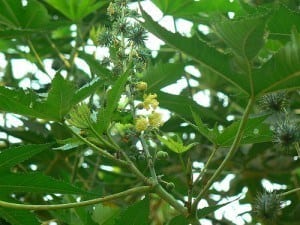 Wicker’s letter is still undergoing testing for ricin, which is expected to be completed this afternoon. His letter was postmarked from Memphis.

Obama’s letter is being investigated by the Secret Service, in junction with the U.S. Capitol Police and the FBI.

The FBI released a statement that there is no connection between these ricin-laced letters and the attack in Boston evident, but the investigation with both letters remains ongoing.

The Centers for Disease Control defines ricin as a “highly potent poison found naturally in castor beans.” Castor beans can be made into castor oil, but ricin is part of the waste, called “mash,” from making the oil.

Ricin can come in powder, mist or pellet form. It can be ingested, inhaled, injected or absorbed through the skin or eyes. It can cause “respiratory, gastrointestinal and circulatory symptoms and can lead to death 36 to 72 hours after exposure.”

There is no antidote for ricin poisoning. According to the CDC, the U.S. military experimented with ricin in the 1940s, and there are some reports that terrorist organizations have used the poison in the past.

Today, Senate offices were on partial lockdown after suspicious packages were discovered, which was unrelated to the letters received.

There have been no injuries thus far, but the incident is being treated as a real threat. A senior Senate official told ABC that a person of interest, someone who regularly writes letters to Congress, has been identified.