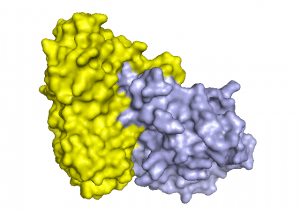 Four suspected members of a Georgia militia have been arrested on charges of plotting attacks with ricin and other toxins against unnamed government officials.

The Associated Press reports that the four men are expected to appear in federal court on Wednesday afternoon. The men were also part of a group that tried to obtain an unregistered explosive device and attempted to obtain the formula to produce ricin. Ricin is a biological toxin that can be lethal in small doses. One of the suspects reportedly discussed ways of dispersing ricin from a plane as it flew over Washington.

The members of the group have been identified as Frederick Thomas, 73, Dan Roberts, 67, Ray Adams, 65, and Samuel Crump, 68. The group had been discussing such operations since March, discussing murder, theft, toxic agents and assasinations as a means to undermine the state and federal governement.

According to records, Thomas told an undercover investigator “I’ve been to war, and I’ve taken life before, and I can do it again.” Thomas’ wife calls the charged “baloney.”