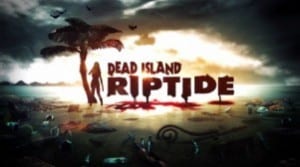 After the desperate scramble to escape the island of Banoi in the inaugural game of the series, Dead Island Riptide emerges to plant the survivors, of which you play characters immune to the virus, amidst the inhabitants of Palanai — what’s left of them anyway. Zombies are a stubborn bunch and often find a way to escape whichever landlocked habitat they’re usually discovered on, which is precisely the case with Riptide. Though gameplay and a story that is largely similar to the first title, the story and minor tweaks are the only real changes players will notice. And that’s not all bad.

The inclusion of a new playable character is a welcomed benefit, but most players familiar with the franchise spent time with the first and will immediately import their character, starting more than halfway to the maximum level. The effect is a strange discovery that the game is near an exact copy of the original, at least in terms of gameplay and skill progression. As you continue to level, new skills are opened up or you can improve on some of your existing skills, which helps deliver a feeling of “badassery” as you hunt down the undead. Combat has remained largely unchanged with new weapons as the most notable difference. With wolverine-like melee weapons designed specifically for the new character, the repetitive action sequences that plagued the first game return, but players will be forced to change their own styles in order to experience variation; the different weapon types help accomplish that.

Technically speaking, Dead Island Riptide is not great, with problems that crop up during the most mundane of tasks. Zombies will frequently get stuck on environment, weapons will seemingly disappear and the targeting system, both for weapons and simply picking up debris is a constant chore. When spending time in the water particularly, and facing a horde of the undead, on consoles the frame rate slows to a crawl, creating a 3 to 5 second stutter that can sometimes mean life or death. Rain is also added to help create an ominous setting, but the constant stuttering from rain to sun back to rain over the course of only five or six feet simply makes the game look buggy. Despite those issues, Riptide still delivers an aura of danger and fear. The sunshine on this tropical paradise shines down and creates shadows at nearly every corner. Combined with the constant swaying of trees or the rolling of water, the shadow effects will trick your eyes into seeing danger where there is none. Combined with the wonderful audio cues of wild animals or even distant, screaming zombies, the island itself feels “alive”.

The story progression is set at an odd pace, as well. After spending hours in one area, players are moved, rapid-fire, through additional zones only to end up at the final area. The story justifies why players would move so quickly through these areas, but seeing the detail and size of the maps players will spend most of their time in will raise questions as to why certain areas weren’t made deeper or more expansive. The use of darkness in these areas is brilliant, creating a whole other depth of fear from the bright, beautiful island you’ll come to familiarize yourself with.

Not many changes were implemented for Dead Island Riptide over the first game of the series, but the real question is: did changes need to be made? Looking at the game objectively and noticing its flaws is easy. It’s buggy and creates noticeable problems for the player, but none that every effect the ability to play the game overall. The story spans from jungle-to-city, seemingly just an opposite progression from the first game, but the game never really takes itself too seriously, with characters spouting off cheesy one-liners throughout. Fact is, the game is fun. It remains a zombie-slaying, loot-grabbing survival game that sets the tone for the series to continue. Despite the flaws, Riptide is fun and deserves the accolades its received.