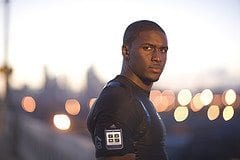 It was Wednesday when free agent Reggie Bush rolled up to the Detroit Lions’ facility in a white limo. By the time he pulled away, he was a member of the team.

The Lions are the latest team to fill a serious need in 2013 NFL free agency as they signed former Dolphins running back Reggie Bush, a move sure to solidify the running game that Detroit has lacked for years.

According to CBS Sports, Bush was sold on the Lions as soon as they told him he could become the immediate starter over Mikel LeShoure. LeShoure struggled as a starter last year, averaging a below-league-average 3.7 yards per carry.

Bush, on the other hand, has always had loads of potential. He spent the last two years as the feature back for the Miami Dolphins and amassed nearly 2,000 yards over that span. He might be poised to have more success in Detroit, though, as opposing defenses will be entirely focused on receiver Calvin Johnson—leaving Bush with open running lanes.

“It’s a running back’s dream,” Bush told the New York Times. “We have to be able to run the ball in that situation.”

Lions coach Jim Schwartz was well aware of the potential success of the Bush-Johnson combination.

“The thing that was important to us was not just the talent of Reggie Bush, but also the way those talents complemented the other players we have on offense,” Coach Jim Schwartz said.

The signing was only the latest in a series of acquisitions marking a very busy start to the off-season for the Lions. They also signed Glover Quin and Jason Jones, a safety and a defensive lineman respectively.