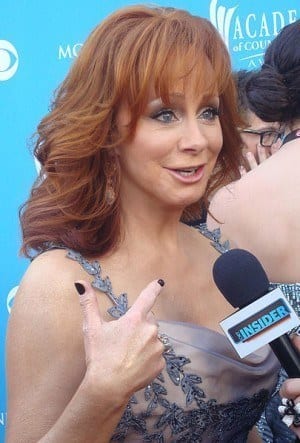 Reba McEntire has spoken out about the death hoax pranks on Twitter, saying that they are “cruel” and “not funny.”

Earlier this year Reba McEntire was one of the first to fall victim to a death hoax on Twitter. A rumor began that the singer had fallen off a mountain and died somewhere near Austria. A number of other websites then reported her death.

Reba McEntire spoke about the prank while appearing on The Talk Friday.

“First time I heard of it my sister called me, my older sister Alice, and she said her son, Trevor, called her, just crying. And he said, ‘Ma is Ba OK?’ Because they call me Ba. And Alice said, ‘Well I guess, why?’ And he said, ‘Well I just walked into a Get-n-Go (a convenience store) and these people were going, ‘Oh my god she died, she fell off a mountain.’

“And he was paying for his gas and then they said, ‘Oh man I just saw her in concert not too long ago.’ And he went, ‘Who you talking about?’ And they said, ‘Reba McEntire just got killed.’ He was devastated. He calls Alice just balling. And she said, ‘I’ll find out immediately.’ She called me and I said, ‘No I’m fine.’ And I had to walk him off the ledge.”

A number of other celebrities, including actor Patrick Dempsey and singer Chris Brown, have fallen victim to these death hoaxes. Reba McEntire is insisting that people stop playing these pranks. “There are so many of those hoaxes that are just going around and I think it’s cruel. That’s not funny.”